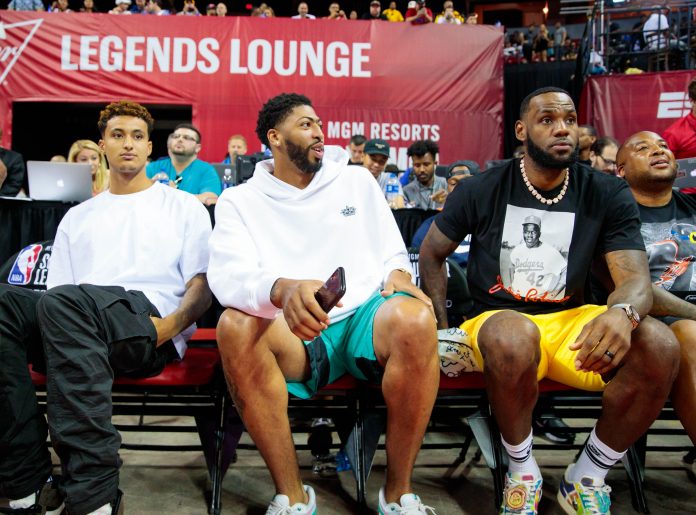 It took much longer than the Los Angeles Lakers expected to land Anthony Davis. The team worked to trade for the All-Star forward ahead of the NBA trade deadline back in February, but they weren’t able to make a deal until after the draft lottery. The trade wasn’t officially completed until after the free agency moratorium period.

However, after the Lakers finally made the deal, LeBron James offered his No. 23 to his new teammate for the upcoming season. Unfortunately for both players, they won’t be able to make the switch until the 2020-21 season, according to Yahoo Sports.

But due to production issues and the massive financial hit Nike would have absorbed from the No. 23 James inventory that’s already been produced, Nike could not accommodate the request for this season, sources said.

Out of consideration for fans who already purchased James’ jersey and to avoid distractions for a team competing for a championship, the Lakers star will bypass seeking the number change for this season.

The deadline to change numbers was in March, and for Nike to make the request for the two Lakers stars, they’d lose a tremendous amount of revenue for the jerseys they’ve already made. When they do eventually make the switch, James is expected to go back to No. 6, which he wore during his years with the Miami Heat.

The texts, information and opinions published in the space are the sole responsibility of the author. Therefore, they do not necessarily correspond to the VIP CEO’s point of view.

Spring cleaning: Tidy up your tech before Earth Month is over